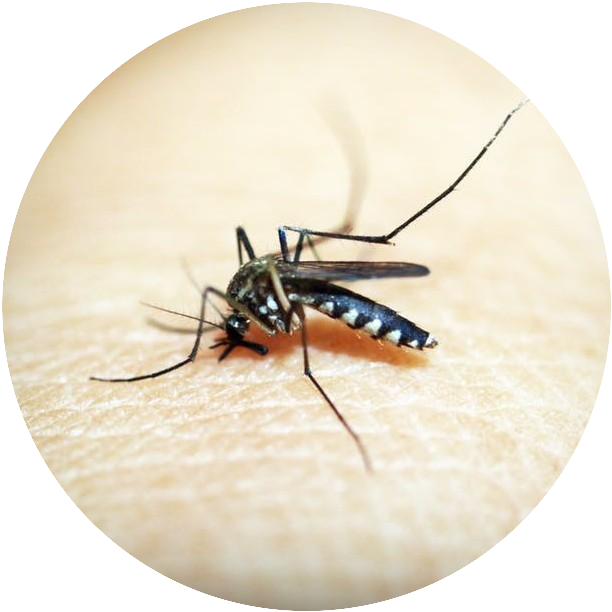 This past weekend I was on a mission to finish assembling the new patio furniture set that I recently bought for our back patio. The temperature was about 85 degrees and the mosquitoes were out if full force as usual. We haven’t had enough cold weather yet to get rid of them, so you either have to deal with them or stay inside all day.

The patio furniture was not going to put itself together, although that would have been great, right? So I decided to brave the heat and bugs and just get it done so we can enjoy our back patio once the cooler weather arrives.

I set up the assembly area inside my garage so that I would have less mosquitoes to worry about, but obviously they still exist in there. The day before I had been out there for only 5 minutes and got bitten 10 times. This is the story of my life… mosquitoes LOVE me and like to show their undying affection for me by constantly reminding me of their presence.

So Sunday, I decided that if I was going to get anything done out there, I would need to spend more time and that meant more exposure to my little friends. I needed something that would keep the little suckers at bay while I did work. But I wasn’t interested in smelling like bug spray all day or getting that sticky feeling that most bug sprays leave all over.

I had done a blog post a while back about getting rid of mosquitoes and other bugs while camping, so I decided to put one of the tricks to the ultimate test. I had tried it out before, but I always like to test those kind of things out several times in different conditions just to be thorough.

Before walking out to the garage, I took the tube of Johnson’s Baby Creamy Oil lotion and applied a thin layer to my arms, neck and face. I love that if isn’t greasy at all and leaves you feeling quite refreshed. The smell is also about 100 times better than any bug spray, even those that claim they are unscented.

I was still a bit nervous about whether or not this would really work, but I gave it a go. As soon as I started working on the patio furniture, I felt a little buzzing near my ear and sure enough, mosquitoes were present. They wanted to help I guess.

But then a strange thing happened, I didn’t have any itchiness or red welts… so I continued working. I got one chair completely assembled and took a quick break. Not one bite was found anywhere on my skin.

I went inside for some water and to cool off a bit, and then decided to re-apply the lotion. I’ve often found that I need to re-apply mosquito repellent often and this lotion is so pleasant that I really didn’t mind.

The verdict regarding this particular mosquito repellent is that it is GOLD!!!! The fact that it is pleasant to put on as well as smells rather good is just the tip of the iceberg. The real test is whether or not it works… and I have to say that it absolutely WORKS.

I even noticed while I was assembling the furniture that a few mosquitoes would land on my arm and then immediately take off without sticking around to bite me. I guess they didn’t like the lotion. Sorry mosquitoes… we may just have to break up. It’s been a good ride, but you really never treated me right.

Have I found my new go-to mosquito repellent? You bet! As long as it works, I’m stocking up. I will say that I had a hard time finding the exact lotion I needed. For whatever reason most stores don’t carry it. But I did locate it on Amazon and that’s probably where I will continue to buy it.